N-methyl pyrrolidone (NMP) is one of the important materials for lithium ion batteries. With the characters of high polarity, low volatility and low toxicity, NMP has the advantages of good chemical stability and thermal stability. In the production process of lithium ion battery, NMP is mainly used to dissolve the anode binder PVDF, active substances and conductive agent, and make them into suspension. This conductive paste will be uniformly coated on the two sides of the aluminum foil by the coating machine, then process with drying, sealing, exhausting air and negative pressure. The exhaust air (mainly NMP) in the drying machine is collected by devices like the spray tower or molecular sieves, then recycled through condenser. The treatment efficiency of of the exhaust gas condensate recycling device is about 80% to 90%. The NMP recycling liquid after condensation is purificated by distillation purification equipment. It will be reused when reaching the requirement of lithium battery productive technique. It will not only reduce the unorganized emission of NMP waste gas, but also imporve the cleaner production level of enterprise and realize the recycling of NMP. All will achieve good economic and environmental benefits.

In December 2016, the state council promulgated the "Strategic Emerging Industrial Development Plan for the 13th Five-Year Plan" and clearly pointed our that the application proportion of new energy vehicles and new energy should be substantially increased. Promote the green and low carbon industries like new energy vehicles, new energy, energy conservation and environment protection, etc. to be the pillar industry. As the major power sources of new energy vehicles, the market capacity of the lithium battery will be able to reach 450 billion in year 2020.

As an excellent organic solvent, NMP is mainly used as the cathode materials of Li-ion battery, binder and other conductive agent (CNT) .

At present, the global energy and environmental system are facing great challenges. Car, as the big emitter of carbon dioxide and big oil consumption, need to be proceeded with revolutionary change. Development of global new energy vehicles has formed consensus. United States, Japan and some countries in Europe have already take the development of electric vehicles as the major component of the implementation of the new energy strategy. Developing the new energy vehicles in China is the need to meet the major challenge of energy conservation and emission reduction. At the same time, it is also the need for rapid development of auto industry and promoting the international competition ability. China's new energy vehicle has made great development in past five years, it is one of the industry representatives of the "three new" economy. Especially for the power battery industry, the scale has ranked the No.1 in the world. Some world class companies with very international competitiveness emerge aslo.

Driven by rapid development of the new energy automobile market, Chinese lithium battery industry has met its outbreak opportunity. As the lithium battery solvent materials, NMP benefits deeply in this market. Securitiy institution says, according to "the Energy Saving and New Energy Vehicles Industry Development Planning, 2010-2020", the production capacity of China's pure electric and plug-in hybrid electric vehicles will reach 2 million in 2020, accumulative production and sales volume will exceed 5 million. According to 30% pure electric vehicles ( lithium battery consumption of NMP for each car is about 0.6 ton on average ) calculation, the annual need of NMP is about 360,000 metric tons. By 2020, the total gap of Chinese NMP maybe exceed 200,000 tons. 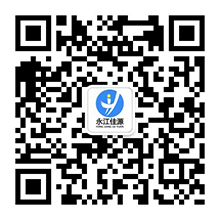